The Biggest Brand Fails of 2019 If there is anything 2019 taught us, it’s that the most air-tight public relations plans can go awry, and even top brands aren’t necessarily safe from snafus. In fact, 2019 saw a handful of mishaps—and we’ve combed through to find three that stood out the most as cautionary tales.

As 2019 came to a close, it was hard to miss this blunder from Peloton. The luxury exercise bike company aired a TV ad depicting a slender woman receiving a bike as a present from her husband. Some viewers pointed out that the woman was already thin and didn’t need to lose weight; others said the ad reinforced stereotypes that women need to stay in shape in order to keep their partner. The ad was widely interpreted as “disturbing” in part because the woman appeared somewhat frightened throughout the commercial (mostly due to the expression in her eyes). She also appeared less than enthusiastic about the workouts—although she did record them and later watch a compilation with her husband.

Key takeaway: Test audience reaction when possible before airing new campaigns, and when you make a clear blunder, acknowledge your mistake (and try to learn from it!). Peloton’s “tone-deaf” response included, “We’re disappointed in how some have misinterpreted this commercial.”

Weight Watchers: Encouraging Children as Young as 8 to Diet

Last August, Weight Watchers (WW) introduced “Kurbo by WW” for kids and adolescents ages 8 to 17. The app encouraged children and young teens to track their food in Kurbo’s free app. How it works: green, yellow, and red lights grade what and how much of a food kids eat, and at $69 per month, members could also consult with a digital coach (many of whom did not have nutrition-related degrees). While likely well-intended, the app faced backlash from parents and nutritionists alike, with many worried that Kurbo could promote an unhealthy relationship with food early on in life. Though it has now been removed, the original version of the app even included the answer choice "Make my parents happy" when asking kids' primary goal for using Kurbo to track food intake.

Key Takeaway: With any new message, promotions, or partnerships, consider how your message will be received by your target audience, as well as any potential harmful effects.

Another debacle this past summer concerned Forever 21, which found itself in hot water when customers complained that the brand was body-shaming them. Initially unbeknownst to online shoppers, the fashion brand had developed a partnership with Atkins that resulted in the decision to include an Atkins snack bar with Forever 21 orders that were delivered direct to consumers. While the partnership alone could be viewed as somewhat strange but innocuous overall, the lack of explanation led some consumers to fear that the bars—commonly associated with weight loss—were being sent online to plus-size customers and customers who had bought swimwear. (For the record, the brand later clarified that Atkins products had been included with all online orders.) The brand’s decision to file for bankruptcy protection not too long after this debacle was unsurprising, to say the least.

Key Takeaway: Before you agree to team up with another brand, make sure your partnership makes sense—and won’t confuse (or offend) your audience!

Whether for picking a brand to partner with or executing a campaign and keeping all audiences in mind, we hope the above provided some insight and food for thought. It may be true that experience is the best teacher, but when possible, it’s much better to learn from PR fails when the culprit wasn’t your brand! 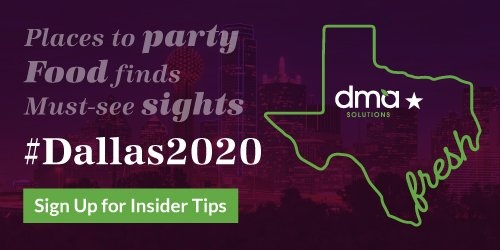 Must Read
5 Tips That Will Change Your Instagram Photography
Lessons from an Industry Newbie
Pinterest: How To Use It To Benefit Your Brand
The Future of Food Photography
What You Won't See on Super Bowl Sunday
Food Trends You're Going To See Everywhere In 2021