It can sometimes be a game of chance when it comes to what content will catch on, be shared, or fall flat and get buried in the endless other buzz that is grabbing for your audience’s attention. Quite frankly, like many marketers, you are tired of feeling as if you are rolling the dice and hoping for good engagement; we’re here to relieve a bit of the headache.

To preface, “going viral” is certainly not necessary for a successful marketing campaign, but it can be a fun goal to aim for in terms of exposure and web traffic. While there is no foolproof method for ensuring your content will catch on like wildfire even with the best of strategies, much research exists that details commonalities among content that does. We did the digging for you and came up with key takeaways to greatly increase your content engagement (and your chances of being the next Avocados From Mexico ad—jingle optional).

Knowing what type of content your readers prefer, and in what format, is the first place to start. According to an infographic from Visual Capitalist, these are the top performers: And this only makes sense, because news generates a sense of dominance, humor is pleasing, and opinion elicits emotional arousal. Here’s why that’s important:

If you paid attention in your college psych class, the PAD Emotional State Model (pleasure, arousal, domination) is not new news (thank you, Merabian and Russel, 1974). However, as all marketing is intricately tied to psychology, such concepts can seamlessly be applied to today’s social media. To put it plainly, we will use the following interchangeably: pleasure=enjoyment, arousal=emotional stimulation, and dominance=sense of control relating to an individual’s environment (in this case, social media consumption). Let’s dive a little deeper into how to achieve the right combinations of emotions to generate the desired reader response.

Pleasure is also referred to as valence, which simply means determining a message as positive or negative. While you may think that you would never want your content to evoke negative emotion, sometimes this can be an advantage. A study of the NYT list of most-emailed articles found that when works were classified by the emotions they inspired, anger was at the top of the most-read list, followed by awe and anxiety. The key is not necessarily whether a message is positive or negative, but rather if it translates to the right emotion within each sphere.

Arousal is also independent of positive or negative emotions; rather, it focuses on the intensity and passion behind the feeling. Regardless of the type of emotion you are evoking, you want it to be strong. No one becomes an advocate for something they feel passive about. Content that generates excitement, awe, anxiety, amusement, or anger will drive greater decision-making and lead to action. In addition, arousing items are more likely to be processed under conditions of limited attention, which, if you’re still reading, you’re above average!

Now that we’ve covered the first two, let’s take a look at how they relate based on the diagram below. In general, the top right is the best place for your content to land—as positive and exciting as possible—(like this #WeighThis Weight Watchers Ad) followed by the top left (maybe not positive, but still generates buzz). The bottom left is a place you never want to take your audience, so be sure to steer away from low-valence and low-arousal content.

Finally, we must consider how dominance plays into the valence/arousal complex. Regardless of emotional state, people want to feel that they are in control of it. Fear and sadness are low-dominance emotions, while anger and admiration are high-dominance because they are more likely to generate an urge to vocalize opinions—which increases the chances that the reader will share or engage with the content. Sharing also feeds into a sense of control over the situation being addressed. Why else do you think your aunt rants about politics on social media?

While news and how-to’s do not always evoke a strong emotional response, informational content that is useful to your audience is likely to resonate, especially if it is presented in a unique and surprising way. That is why curiosity-generating headlines such as “5 Reasons You Need Public Relations” or “The One Food You Should Never Eat Again” tend to pique interest and get shared.

Putting it All Together

Regardless of product, service, or message, the ads and marketing campaigns that perform the best have one thing in common: they create a relevant connection to the audience from the very first moment. Ensure that you have a strategy for what reaction the content ought to evoke upon immediate glance, what emotions are stirred while engaged, and what impression should be left to linger in order to drive the desired outcome. It is not necessarily only content being shared, but how it is presented (the difference between Chopped winners and losers, am I right?). Marketers must control the narrative of their content from start to finish and seize the few moments of influence they have.

When sharing information, convince the reader that they simply can’t go on without knowing it, or that it will change everything they thought they knew about some topic. When aiming to inspire emotion, fine-tune the message so that it strikes just the right chord—and at the right volume. Information is useful, and emotion is personal; combine the two, and you have created valuable content that just might go viral.

Have something to add? Leave us a comment below or reach out to us on Twitter @TheCoreBlog! 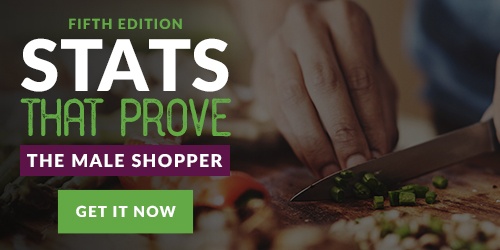