With the news of Fresh Summit’s cancellation due to the lasting effects of Hurricane Ida in New Orleans, we’re having a serious case of withdrawal. Who could imagine we would be waiting 3 whole years to come together again at our industry’s largest event of the year?

No one told us life was going to be this way...

To get us through these days of longing, we took a little walk down memory lane and looked back on 10+ years of blog posts covering “what blew us away” at Fresh Summit. Wow - how far we’ve come as an industry! If you’re feeling as nostalgic as us, we invite you to grab a coffee or a cocktail and join us in reminiscing… until we can be together again!

2010: The One Where QR Codes Became Cool

Talk about a blast from the past! 2010 was the year QR codes came around and as marketers, we thought they were the next big thing. They were all over the show floor and the team at Frieda’s even featured them on their shirts!

It’s funny to look back on considering QR codes became “so yesterday” at some point, and now they are back in full force. Kind of like mom jeans.

We were also starting to get really into the shabby and rustic chic trends in 2010, as evidenced by several booths featuring faux rust, metal roofs, and wood paneling. The NatureSweet booth, however, was a huge standout in 2010 with their cherub tomato-shaped meeting spaced. Truly a revelation that set the course for so many creative booths in the years to come!

I mean, 2010 is basically the days of yore at this point. 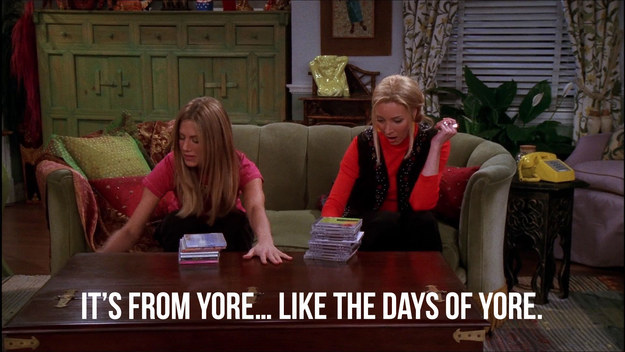 I’ve searched our Core archives and it seems the 2011 recap was lost to the depths of the internet, likely when we redesigned and moved our blog’s hosting a few years back.

Does anyone remember what happened in 2011? Did it even exist? Who knows at this point!

If you have 2011 memories you want to share, send them our way!

Apparently, a lot of nut companies started showing up in full force in 2012 and we took notice! But the nuttiest memory we found in this recap was the mention of the “shock factor” marketing present on the show floor. Valued Naturals drew people into their booth with the tagline “The Best Place to Grab Your Nuts” and clearly it caught our attention! We also caught sight of some Playboy Playmates in someone’s booth on the show floor… yowza! Glad those days are behind us. 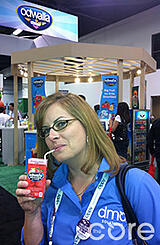 2012 was also the year that food trucks really started to trend and SUNSET debuted their food truck that has become a can’t miss destination for years since! Fresh juices also started to come onto the scene but in 2012, they were still being marketed mainly to moms. Here’s Marci enjoying some juice back when her girls were young enough to carry a lunchbox (she’s not crying, you’re crying!)

There is always great food at Fresh Summit, but 2013 had several of the kind of bites that just linger in your thoughts and dreams… I distinctly remember feeling like I needed to be carted off the show floor at the end of this one! Plus the show took place in New Orleans, so food has a leg up right there. Such a bummer we’re missing out this year! 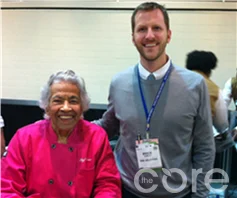 2014: The One Where Marketing Takes the Lead 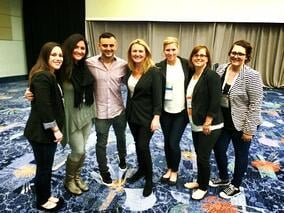 2014 was a special year for us as marketers, as it marked the first PMA Fresh Summit where marketing took center stage as one of the primary topics of focus as PMA actively encouraged companies to evolve their thinking when it comes to marketing in order to increase demand for fresh produce. Marketing rock star Gary Vaynerchuk lead a general session about embracing the digital age and offered raw, unfiltered comments that our industry needs to start marketing “like it’s 2015, not 1995.” Looking at where we are now, we’ve certainly made some strides in the right direction!

Prior to this show, marketing education sessions often had a huge focus on millennials. In 2014, Gen Z finally started to come up more frequently as a group marketers needed to pay attention to… be still my millennial heart!

It’s also interesting to see the focus on products and packaging for kids featured in 2014. At the time it was reported that 17% of children ages 2 - 19 were considered obese. Startlingly, that number has exponentially increased. The CDC now reports that the average BMI among ages 2 - 19 has doubled since the pandemic began, so this flashback only goes to show that our work is still so desperately needed and important.

In 2015, we learned that the dollar share of branded produce climbed from 36% to 48% since 2010…. And now CPG brands wanted a piece of us! Produce quite literally became a hot commodity and CPG brands were not only trying to partner with produce brands in order to get a piece of their “health halo,” but they also began actively trying to get onto the show floor to exhibit with their own “better-for-you” products! It was a great problem to have and one that we are still leaning into and basking in today.

Looking back through the brands and products that caught our eye, you can really see how the industry was beginning to embrace branding and storytelling in new ways. Suja Juice was a standout cold-pressed juice brand that showed up with a unique personality and a story to tell that was nothing like what we’ve seen from other exhibitors at the time.

2016: The One with Johnny Cupcakes

Who remembers the bold, out-of-the-box keynote presentation from t-shirt maker entrepreneur Johnny Cupcakes? This session might have felt a little too “out there” for some, which is exactly why it was unforgettable and a display of Johnny’s branding genius. Speaking directly to fresh produce marketers, he emphasized that you don’t have to have millions of dollars to be effective - you just have to be willing to take risks!

Speaking of risks, 2016 was also the year that exhibitors started to get more creative with in-booth experiences that go beyond your typical chef-curated bite. We worked for our samples by riding a smoothie blender bike at the Zespri booth and engaging with a robotic chef at Avocados From Mexico’s booth!  Plus we took several virtual field tours, visited the “Great Idaho Potato Fair” and danced with DJs and Drumlines on the show floor! (Idea alert! How awesome would it be if someone hired a “Second Line” band to take us on a parade around the show floor in NOLA? Maybe someday…)

The last time we were together in New Orleans as an industry, we had one epic show. It was so epic, in fact, that we couldn’t fit everything into one recap post so we wrote THREE! If you recall, this was the year that the show schedule shifted to a Friday & Saturday format. With a vast show floor and extremely lengthy expo hall, it was almost impossible to see every inch of the show in just 2 days. Exhibiting companies now had to elevate their marketing chops to become a “destination” on the show floor to be successful.

We totally referred to QR codes as “old marketing practices” in 2017. Isn’t it funny how things come full circle?

Click here, here, and here to read the full posts.

2018: The One Where Peyton Manning Told Us to Pivot… and we sweat A LOT!

Remember how hot and humid it was in Orlando in 2018?

Besides some crazy weather, Peyton Manning also left an impression on everyone with his keynote reminding us of the importance of having a plan (or 5) and being prepared to PIVOT. Ohhhh if only we knew, if only we knew.

Actual footage of Peyton Manning sweating in Orlando in 2018

In all seriousness, it’s especially interesting to note how the State of the Industry spoke a lot about the importance of embracing predictive and real-time data to help our industry through the transportation shortage. The companies that took note and adopted these important technologies sooner rather than later were likely much more equipped to face our current logistics climate than those who dragged their feet. Proof of how important it is to listen and take notice of signals like these during this very important session delivered by PMA each year.

If only we did know! 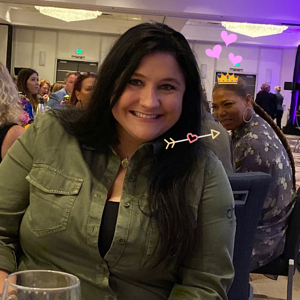 Oh, 2019… little did we know how different the world would be just 5 short months later. Life was good and Dan’l and Megan even met Queen Latifah! The Women’s Breakfast had a record 800 attendees with a waitlist for this exciting keynote speaker… check out Megan fangirling over there!

What’s funny about 2019 is the session and panel Dan’l participated in called “You Don’t Have to be a Futurist to Predict What’s Next!” Topics focused on sustainability and positioning produce as indulgent vs. strictly healthy to better appeal to shoppers and in-home delivery was also a hot topic in terms of better embracing and adapting solutions for produce to better arrive directly on consumers’ doorsteps. Hey, maybe we did predict the future after all. 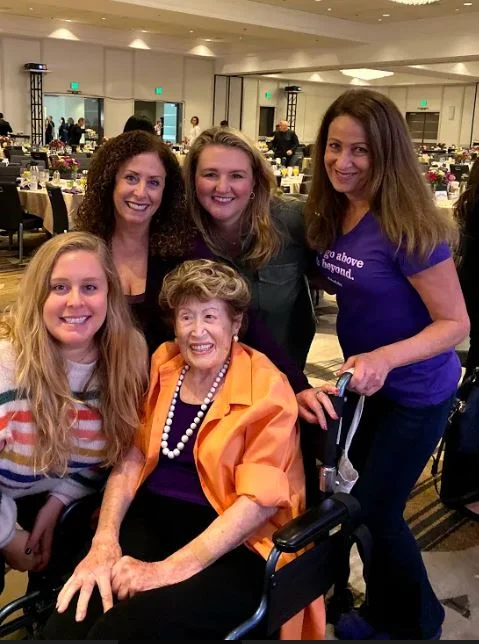 Another very special moment in 2019 was being there for our dear friend and produce pioneer, the late Frieda Caplan, as she was honored with the Women’s Catalyst Award. Dan’l notes that Frieda coached her “about being fearless, about having the strength to lead a legacy versus a company. Her inspiring words will last with me throughout my own lifetime, and I am grateful to call her a friend.

Click here and here to read the full posts.

2020: The One Where We Really Did Have to Pivot

The word of the year: Pivot!

With 2020 fresh (too fresh) in our minds, we will spare you on recapping what went down last year. Instead, we remind everyone how PMA made the virtual platform free to everyone during this unprecedented (the other word of the year!) time. With the cancellation of the 2021 expo, it’s more important than ever to consider ways you can support our industry’s largest organization so they can continue to plan amazing opportunities for us in the future.

We miss everyone’s faces terribly and we can’t wait until we are reunited after all this time! This month, let’s spread and fill each other’s timelines with happy memories of the Fresh Summits of the past as we wait until the day comes when we can hug each other’s necks again.

Until then… *cue music* 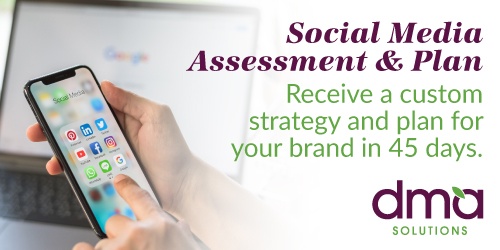