5 W’s of A Press Release

The weather is starting to cool off, the leaves are starting to change colors, and you know what that means: tradeshow season is upon us (I’m looking at you, Fresh Summit)! Think about all the work that goes into prepping for a tradeshow: preparing new products or packaging, designing and executing a booth, and the list goes on and on. But what is all that work for if no one knows anything about your brand?

In order to write and deliver an effective press release, success requires developing an understanding of the who, what, when, where and (most importantly) why of each release—before you ever start to write.

The "Who" of a Press Release

An important first step to writing a press release is considering who your message needs to reach. Determine if the story is meant for trade media or consumer media, because each approach will make for two very different stories. Trade media, for instance, is hyper-focused on that specific trade (…get it?). Thus, sending a newsworthy release to the fresh produce trade media is a great and effective way to earn coverage as they are already looking for stories featuring fresh. If you’re wanting to reach consumer media, however, it’s important to consider that the regular consumer may not understand your fresh produce lingo, so it’s necessary to edit the messaging to fit each specific audience.

The "What" of a Press Release

According to the Merriam-Website Dictionary, the official definition of a press release is, “an official statement that gives information to newspapers, magazines, television news programs, and radio stations.” A press release should be sharing newsworthy information (company announcements, new products, new hires, etc.). In journalism, we’re taught to write press releases using the “inverted pyramid.” Picture a pyramid flipped upside down: the information should read from most important to the least important. If someone only read the headline and first paragraph (and let’s face it, that’s becoming more and more common) of your release, they should be able to understand what your release is about and what they most need to know about your story.

The "When" of a Press Release

While your release needs to be about newsworthy information, it’s also important for it to be timely. Who wants to read about a “new” product launch if the product hit store shelves a year ago? One of my own personal favorite quotes is, “Early is on time, on time is late, and late is unacceptable.” The same concept applies to a press release. If your story encourages people to stop by your booth at a tradeshow, it needs to be released with enough time for people to plan ahead (because we all know how quickly certain tradeshow schedules can fill up). In the world we live in, remember that if the information isn’t timely, it isn’t newsworthy.

The "Where" of a Press Release

Including the “where” in your press release is the best way to drive traffic to a store, website or tradeshow booth. For example, if you’re launching a new product, include where your product can be found. If you’re displaying new packaging at a trade show, include where your booth is located to drive people there. Readers want to know how the information you’ve included actually affects them, so give them a compelling reason to read further by adding details about where they can learn more and/or purchase your product.

The "Why" of a Press Release

Plot twist: had I followed the inverted pyramid for this blog post, I would have put this “why” section up top. Once you understand why you need a press release, you’ll also see why DMA Solutions is so confident that the press release is still alive. So, why write a press release?

Targeting the right audience, announcing newsworthy and timely information and including how the information affects your readers are important factors to consider when writing a press release. And with all the tradeshow buzz heading into Fresh Summit, now may just be the perfect time to highlight your brand with the trade. Speaking of Fresh Summit, check out our most recent content to help you prepare for the big show:

Have something to add to one of the W’s? Leave us a comment below or reach out to us on Twitter @TheCoreBlog! 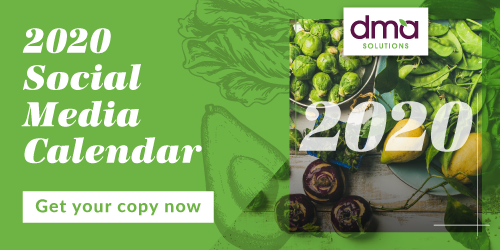