2020 was a year full of tests for brands to see how quickly each could pivot and provide relevant messaging amidst business pressures like never before in our lifetime. From COVID to #blacklivesmatter, we saw a handful of mishaps—and we’ve combed through to find three that stood out the most as cautionary tales.

1. Amazon: The Price of Convenience During a Pandemic

In a time of uncertainty, one could say the steady facet in all of 2020 was Amazon, a company that could deliver essentials to your doorstep. The online retail giant is “a glaring example of what happens when a brand pushes out a strong purpose without first getting its house in order,” said Surekha Ragavan, of Campaign Live.

In the height of our nation's need for goods and services somewhere around May 2020, it was reported that Bezos is on track to become the world’s first trillionaire by 2026. Adding to attention to the brand, in October 2020, it was reported that nearly 20,000 Amazon workers in the USA had contracted COVID. After the news was shared with the public, Amazon was combatting news and questions about the company's attention to worker safety.

Key takeaway: Before announcing positive actions or results your brand has made, during a pandemic or otherwise, take a pulse check internally to identify the dark underbelly that may be uncovered in the process - stripping away the positive news altogether.

Even some of the world’s biggest brands use social media improperly and are forced to learn that they've done so the hard way. For instance, Disney’s attempt in 2020 to drum up excitement for the annual “Star Wars Day,” which takes place on May 4th.

The company used user-generated content, asking fans to share their favorite Star Wars memories with the hashtag #MayThe4th. They then added a disclaimer stating anyone using the hashtag automatically agreed to allow Disney the use of their message and account name. “Disney has always been strict about content rights, and this shows that their presence on social media is no exception,” said Joshua Titsworth from Vizion. The way Disney's second tweet is worded seems to imply that any use of the #MayThe4th hashtag constituted acceptance of Disney's terms of use and a user's consent to allow Disney to use "the message and your account name in all media." Was this too light of a way to enter folks into a promotion and/or a binding legal contract with Disney?  It particularly seems that way when taken out of the context of the first tweet.

Disney's followers were mocked so thoroughly by users on Twitter that they attempted to clarify their position five hours later in a third tweet, but by then, the damage was done.

Key Takeaway:  With any promotion, social media content needs to be thoroughly thought out, especially when asking fans to participate online. Should a brand claim ownership of someone else’s posts with a sweeping statement?  You be the judge.

3. Singapore Airlines: In Need of a Passenger, and Reality, Check

The national airline of Singapore has always been a marketing maven which is why their blunder was an unexpected one. In 2020, the company missed the mark when they launched a “flights to nowhere” promotion in the middle of a pandemic. Not thinking about the impact on the environment, the brand received criticism for their carelessness. After seeing the backlash, the company decided to replace its original idea by launching a new plan that invited would-be passengers to dine in a parked Singapore Airbus A380, with a price tag of SG$600 (approx. $450 USD) per meal and allowing people to order plane food to their homes, causing another wave of backlash online.

Key Takeaway: Before launching a promotion, consider all aspects of how the logistics and plan can be perceived by your audience. Take a step back and ask someone who isn’t as close to the project what their perspective is and if the positioning is at all offensive or off-putting.


The general lesson of these brand fails is truly to never underestimate the power of the consumer.  If you are going to put yourself out there via a promotion, social media or otherwise, it doesn't matter if you're the most powerful brand on the planet, have a solid plan that has been carefully vetted and considerate of its intended audience. It may be true that experience is the best teacher, but when possible, it’s much better to learn from the failures when the culprit wasn’t your brand! 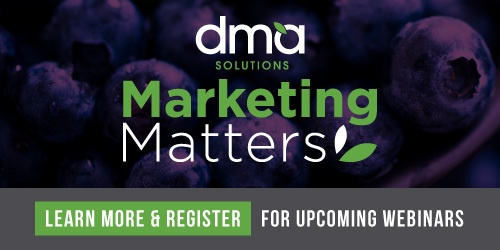