For college basketball fans, there’s no better time of year than March. Whether your team is a front runner or looking for a “Cinderella story,” there’s never a dull moment during the tournament. But the genius part of March Madness is that it isn’t only targeted to die-hard fans, it’s for anyone that can print off a bracket or download the app. The competition and rivalry of filling out brackets and competing with your co-worker turns games that you typically wouldn’t care about to nerve wracking nail biters.

To help you clear all the PR hurdles your company or brand may be facing, we’ve shared our top public relations tips based off common lingo you’ll be hearing in March. So whether you’re needing to prepare for the “big dance” or step up your PR game, we’ve got you covered.

“Lower-seeded teams that advance further than anyone expected.”

David and Goliath, Miracle on Ice, Hercules defeating Hades, the Jamaican Bobsled team – everyone loves a “Cinderella story.”  In the fresh produce industry, we often can’t compete with the budgets of a Coca Cola or an Amazon, but that doesn’t mean your brand can’t make a splash. Instead of stressing about dollars you can’t spend on paid advertising during the Super Bowl, utilize public relations to garner earned media placements. Building relationships with editors, crafting the perfect eye-catching pitch can lead to placements in major magazines (think “Rachael Ray Every Day,” or “O, The Oprah Magazine”) that would reap major benefits for your company at a much lower cost.

“Survive the opening rounds and hope your team gets on a hot streak.”

The idea behind “survive and advance” is that you take the win (no matter how messy) and move forward. Guess what? We survived 2020 and we’re moving forward. It wasn’t always easy or comfortable, but we advanced into 2021. We should handle any crisis that comes our way with the “survive and advance” mentality. No matter what challenge your brand or company is facing, reacting proactively rather than reactively will always result in a better outcome. Before a crisis even begins, huddle with your team and brainstorm any potential situations that could occur at your organization. Then identify and media train spokespeople to address the situation either in an interview or press release. Finally, establish a monitoring system online that could catch any upcoming crisis before it ever hits.

To quote one of the greatest college basketball coaches, Mike Krzyzewski, “I believe God gave us crises for some reason—and it certainly wasn’t for us to say that everything about them is bad. A crisis can be a momentous time for a team to grow—if a leader handles it properly.” Let’s hope we grew from the opportunities and challenges 2020 brought us and will do the same with the next.

Here's how family-owned Good Foods survived and advanced despite the pandemic and continue to thrive:

“Lose one game and you’re out of the tournament — it’s a knockout tournament. The finality of the contest adds to the drama.”

Part of what makes March Madness so “mad” is that there are no second chances – one loss and you’re packing your bags to go home. In order to have success with media pitching, we can’t have that mentality. “One & done” won’t cut it. With editors receiving thousands of emails per day, the odds of one of your pitches slipping through the cracks is highly probable. Instead of thinking to yourself, “oh well, I guess they don’t care,” wait a few days and send a follow up email. Position the story in a new way, offer additional information, attach a different image – anything to put your pitch back at the top of the inbox. At DMA, we personally have witnessed the success rate increase with a follow up email. Don’t send “one & done” pitches, keep working to build a relationship with an editor so that they recognize your name when it pops up in their inbox. For more tips on media pitching, this blog post may help.

“One Shining Moment” is the name of the song that plays immediately upon the tournament’s conclusion that includes a series of highlights from game action.”

Building a relationship with an editor is a win – it’s not something that can happen overnight. Its consistent conversations throughout the year that led to that win. Winning could look like placements in trade publications. Publications won’t just cover any news or update you send, it has to be sent to the right people, written in the right way and sent to the right publications. Nailing those details down is a win. Working with the right influencer who cares more about your brand than a price tag is a win. I could go on and on, but you get the picture. PR is a marathon not a sprint, so celebrating the victories along the way that led to your “one shining moment” are imperative to your team’s success.

Whether you’re a die-hard fan or have never watched a college basketball game in your life, there are numerous public relations takeaways from March Madness. Writing out your own “Cinderella story,” ensuring your public relations pitches aren’t’ “one & done,” having a “survive and advance” mentality during a crisis and enjoying your “one shining moment” are important to keep in mind for all public relations efforts.

Need help getting a slam dunk on your PR game?  We can help. 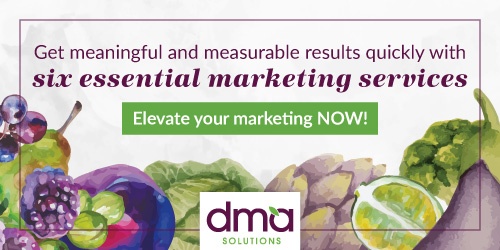