Right out of the gate, the 2020 Super Bowl was highly anticipated for its opportunity to truly entertain America with a fresh, competitive matchup on the field between the San Francisco 49ers and Kansas City Chiefs. With the score tied 10 - 10 going into the half, the entertainment continued as super stars Shakira and J Lo shook their tail feathers to #trendingtweet glory, firing up the audience for a salty second half of the game that ended in an epic comeback by the Chiefs.

Of course as marketers, it’s the action off of the field where we spent most of our time taking score.

As opposed to last year’s commercial line-up where fresh was snubbed, women ruled and social responsibility reigned supreme, this year’s ads were more focused on simply giving viewers what they really want: to be entertained. And entertained they did to the tune of an estimated $435 million in game time advertising revenue, a projected 29% increase year over year.

Other than a few outliers (like the precedent-setting ads from President Trump and Democratic Candidate Michael Bloomberg - effective? Perhaps. Welcomed? Not so sure.), the 2020 ad lineup focused mainly on humor, action and just a few heartwarming moments.

Here are some of the themes that surfaced along with our favorite marketing moments during Super Bowl LIV:

Out of this World Visuals

2019 had creepy robots and 2020 has… aliens! From Toyota’s commercial introducing the new Highlander to Walmart’s movie alien cameo, we found ourselves wondering where this sudden interest in extraterrestrial life came from! SodaStream focused on finding water on mars, and Heinz included imagery from a “galactic restaurant” in their “4 commercials in one” spot. Even Olay featured an ad with a space theme - though theirs was much more metaphorical in nature with the message of “make space for women” using celebrities starring as female astronauts. Perhaps Sci-Fi is going to have a “moment” in 2020!

If you didn’t notice all of the movie references woven into commercials throughout the night, you must’ve been hitting the hot wings a little too hard! We noticed a “hat tip” to several Hollywood favorites during just about every programming break, starting with Walmart’s first commercial featuring cameos from Toy Story, Star Wars and the movie Arrival (more aliens!).  Mountain Dew spoofed the classic horror film The Shining while Jeep found a way to optimize the movie Groundhog Day with a welcomed appearance by Bill Murray. Tide was all over the place with their ad series throughout the game, but one spot capitalized on a partnership featuring one of our favorites, Wonder Woman. Finally, Discover ran two 15 second ad spots answering the questions “Do you take Discover?” and “Does Discover charge annual fees?” How did they answer? By stringing together a series of clips featuring your favorite movie characters saying “yes” and “no.”

Products that Bring People Together

Several companies made an attempt to appeal to audiences of all colors, shapes, sizes and walks of life about something they all have in common - their products. The most notable example of this includes the TurboTax spots appealing to one thing we really do all share (well, most of us…) - doing our taxes! Depending on what market you were in, you may have seen Kroger’s “Fresh for Everyone” spot featured with their new marketing campaign front and center. Budweiser focused on highlighting “typical Americans,” and did so in a way that highlights our differences while showcasing our shared heroism, strength, and love of good ole’ American beer. TikTok’s commercial suggested crowdsourcing with their content and were clearly attracting a new and older audience with their Super Bowl spot. Finally, Facebook’s Super Bowl advertising debut featured a montage of Facebook groups from across the country, connecting and enjoying shared (and somewhat odd) activities (see TikTok ad as well).

Clever or confusing, one new approach advertisers brought to the table in 2020 was bringing multiple brands together - in one ad! We saw this approach mostly from Procter & Gamble, who brought together a large group of brands including Bounty, Mr. Clean, Charmin, Olay and Old Spice for a party at Sofia Vergara’s house! We also see several notable brand mascots attend Mr. Peanut’s funeral during the Planters commercial, including a sobbing Kool-Aid man. The combo had some people chuckling, and some people scratching their heads. It’s a fun approach, but what’s the takeaway for the shopper?

As a team we are hyper attentive to good storytelling these days and how this is done effectively inside and out of the fresh produce industry.  After watching the commercials mentioned below, we noticed a theme that was a common thread between all four of these commercials and that is, good storytelling.  The marketers and advertisers that created these commercials likely know that shoppers are less often going to remember the “thing” you pitched them and are more likely to remember the way you made them feel with a story.  See how these stories stack up for you.

Google’s Remembering Loretta was one of the few tear-jerkers of the evening. The ad features a man trying to remember his late wife Loretta by speaking to his Google Home interface, asking Google to “remember” things about her and surface memories and photos to share with him. The advertisement was incredibly heartwarming and was followed by a flood of empathetic Tweets: We absolutely loved this advertisement from Microsoft - not only because we can’t get enough of Katie Sowers’ story about rising to glory as the first woman to ever coach a Super Bowl game, but also because the product took a back seat to Katie’s origin story, which is really what we want to hear in the first place. From a marketing perspective, Microsoft did a wonderful job of subtly including the Surface Tablet into the bigger story about a life and how the product fits into it. To take it one step further, Microsoft welcomes website traffic visitors to view the Surface Tablet home page featuring Katie in action on the field. We’re sorry to see that Katie didn’t take home a Super Bowl trophy last night, but we hope to see a lot more of her in the future!

As far as light-hearted humorous ads go, this spot featuring Jason Mamoa hit it out of the park! We do confess as a group of women we find Jason Mamoa incredibly appealing to watch… but seeing him come home, kick back and reveal an incredibly different body than what we’re used to seeing on the big screen was hilarious and brought him back down-to-earth. Like the Microsoft example, the product takes a back seat in this advertisement giving way to the humor and eye-catching appeal of the featured celebrity.  What a smart move for a business selling mortgages!

Amazon - Before Alexa with Ellen DeGeneres and Portia de Rossi

While many celebrated this ad simply for including this same-sex married couple in what feels like a casual, everyday situation, it was also hilariously clever, and we’d expect nothing less from Ellen! In this ad spot, Ellen wonders aloud to Portia what people did before Amazon’s Alexa… and we journey back through silly historical moments in time when an “Alexa” or “Alessa” or “Alexine” may have been useful. The last scene featuring Nixon asking his assistant to delete a few tapes was just the cherry on top of this entertaining ad.

We can’t do a Super Bowl ad review without giving a shout out to our favorite “fresh” moments! It was great to see that fresh didn't come under attack in 2020 like it did last year, and we were glad to see a few of our favorite fresh brands featured on the screen.

We were delighted to see Molly Ringwald featured in this home shopping network themed ad, and enjoyed it’s simple silliness of suggesting you could purchase accessories for your avocados, like a baby harness or a bike helmet. The funniest line of the ad came at the end, where the host suggested that if you “buy now, we’ll throw in Molly!” A fun and clever note: we understand that the number in the ad for the Avocados From Mexico Shopping Network actually works, and offers some surprises.

One of our go-to snacks, we loved seeing Sabra featured in the Super Bowl line up! The brand brought a star-studded lineup including “Real Housewives of New Jersey” stars, T-Pain, and drag queens Kim Chi and Miz Cracker to share the unique ways in which they “‘mmus.” While the line isn’t the catchiest, we loved seeing a few fresh shout outs, including the recommendation to enjoy hummus with celery!

As mentioned previously, Kroger had a Super Bowl spot in certain markets that focused on their new campaign: “Fresh for Everyone.” While the ad that ran has been running for a couple of months now, we were excited to see Kroger snag this opportunity to reach such a large, captive audience. We will continue to watch Kroger’s “Fresh for Everyone” campaign closely and we hope to see more retailers step up their marketing games like this in the future!

Brands We "LIKED" on Social Media

The beauty of social media is that it was easy to see what was on the horizon and what was trending about the Super Bowl game before it ever took place!  For the most up to date sentiment about the ads and the game, we watched Instagram and Twitter closely and captured these take-aways.

Mr. Peanut’s vault may have a surprise waiting for you! RT or reply w/ #MrPeanut & #Contest for a chance to win one of 54 $500 cash prizes!

Days before the big game, Tom Brady shares a dark and mysterious post on social media that leaves fans wondering if there is a big announcement coming from the six time Super Bowl winner (like a retirement announcement). When the commercial starts, Brady continues with the announcement as if revelatory news is on the brink when in reality, Hulu wants you to know that their content spans beyond sports.  Nice work, Hulu! You captured our attention well.

Not that we’re biased because a fresh produce brand is killing it on social media, but as we watched the Twitter streams fill with commentary around the game and the commercials, we couldn’t help but chime in on the fun being had by the team at AFM!  As in years past, the team watched the game and ads closely to respond with visual content that was fun to watch. Following are two examples including one spoofing the Cheetos Popcorn advertisement featuring MC Hammer and the other playing along with Jeep’s Groundhog Day.

A day spent with an 🥑 is always worth repeating. @Jeep, we’re ready to ride. #AvoNetwork #SBLIV pic.twitter.com/RFgrtd7qfa

Throughout the game, those of us watching Twitter streams were inundated with T-Mobile advertisements highlighting the promotion of the night which gave away 5 phones every 5 minutes during each quarter to elevate their 5G Works campaign.  To go along with this well rounded social promotion was a hilarious commercial featuring Anthony Anderson and his mom testing the 5G service with the mobile carrier ensuring that it works… and it did!

Which advertisements and brands did you notice that didn’t make our cut this year?  We’re all ears and want to know what inspired you during the game that puts advertising and marketing on the big stage for the night! 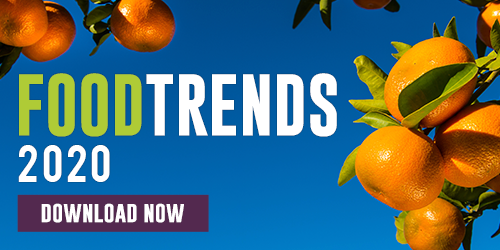